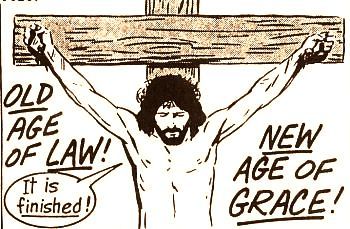 Did not Moses give you the Law, and yet none of you carries out the Law?

Who goes to confession before receiving the Eucharist? Everyone who is a Catholic, that’s whom! If we’ve sinned since our last confession we have to hope for the Last Rites when we cash it in. If not, we face the pains of purgatory … or something worse.

If someone wants to read “catholic dot com” about purgatory, feel free. When I read it, my mind presents too many exceptions from Scripture. If I let God’s holy Bible go to seed, there I will file under the questionable heading of, “Other teachings.”

When I speak of grace, we can’t buy or earn it – unless you somehow “know better.” Scriptural grace is God’s free gift.  Ephesians chapter two doesn’t allow us any exceptions: if we exist in Christ we have God’s access to His work in our lives. Verse 10 says, “In him you also are being built together into a dwelling place for God by the Spirit.”

Do you keep all of God’s law? Or do you have God’s perfect Grace? 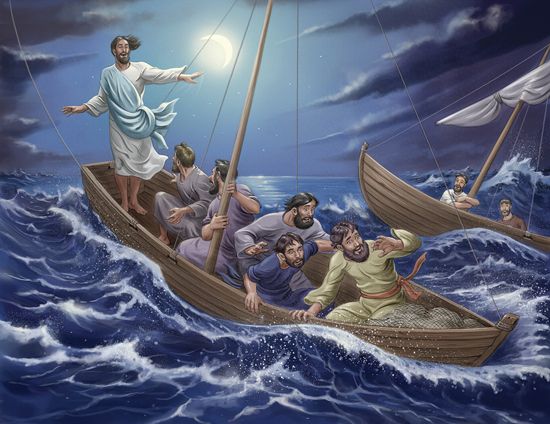 And leaving the crowd, they took him with them in the boat, just as he was. And other boats were with him.  (36)

And a great windstorm arose, and the waves were breaking into the boat, so that the boat was already filling.  (37)

But he was in the stern, asleep on the cushion. And they woke him and said to him, “Teacher, do you not care that we are perishing?”  (38)

And he awoke and rebuked the wind and said to the sea, “Peace! Be still!” And the wind ceased, and there was a great calm.  (39)

And they were filled with great fear and said to one another, “Who then is this, that even the wind and the sea obey him?”  (41)

The storm arouse suddenly, causing waves to crash into the crashing. How could the Teacher sleep at a time like this?

“Teacher, do you not care that we are perishing?” the boatman screamed against the wind.

The Teacher arose, raising his voice against the sea, “Peace! Be still!”

The sea fell into a dead calm while the boat ceased its rocking. The Teachers challenged them, “Why are you so afraid? Have you still no faith?”

Should the disciples have let the boat sink? What would the Teacher have said then?

The issue with the disciples wasn’t what they asked, but how they asked it. They asked if Jesus “cared.” This was the same “caring” that caused Him to healing the sick, give sight to the blind, and raise dead. Is that the same “caring” that made him plan to quiet the storm? Of course it was. Jesus cares for any big thing, or little thing, that threatens to swamp believers. 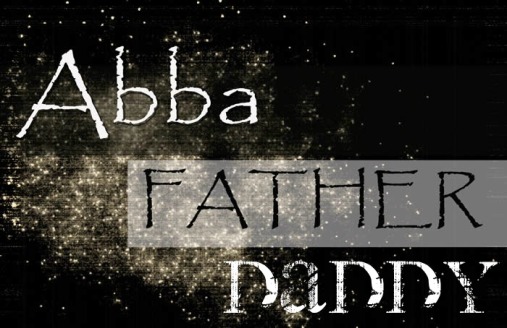 How To Converse With God convicted me. Since God gave me everything, how little have I given to Him. Spurgeon asked how I respond when he calls me, but I can barely even hear Him.

I pray in Jesus name that when He speak to me, I may hear Him. Give me the determination to do what He asks of me.

Abba Father, I want to love You more, to stand in perfect reference, obeying His most silent words. Give me perfect obedience to Him.

Controversy surrounds a teaching about election, or whether people are chosen by God for salvation or rejection. Quit puzzling and read on.

If one is concerned that he was ruled out by God’s election, he should only need to ask if he wants to be included. If the answer is affirmative, he would already be included among that joyful congregation.

I realized that fact by listening to a brief sermon by C. H. Spurgeon. It is a simple enough question and the answer is just as simple. No one will ever be rejected by God if he only desires that  salvation.

But if he treats his salvation cheaply, what was thought to be salvation is void. No one can stand in God’s presence without sincerely wanting to be there, subjecting himself to the Eternal Lord’s perfection.

Do you have a package that absolutely forbids entry for all those goodies concealed inside? Do you have a kiddy forbidding medicine bottle that needs an engineering degree to open?

My brain is similarly resistant to penetrating today. I couldn’t reason myself out of a soaked paper bag today.

Fortunately my faith is still intact without having to reason God’s love for me today. I just trust Him, no matter what comes my way.

If anyone had spied my paper backup I would have cashed in my beans from shame. When my table was in danger of hurting me I decided on filing that nightmare of papers.

I set my YouTube to over two hours of soothing classical music in preparation for the headache I planned to endure. In fact, I had a file drawer all cleared out for its new load of papers. As the old papers load gradually shrank, and the file drawer gradually filled, I wasn’t sure they would all fit.

But they did. I washed my junk off the table, and I could eat off it now. Procrastination only makes the worst that much worster.

Now I need to nap. Don’t read this if you don’t want itches. Anyway, I’ve been itching a lot lately and it’s about to drive me bananas. I take regular meds for hives, but it doesn’t help much for now.

When I get hives, unconsciously I start scratching. Then it gets really bad. If I kept scratching deeper and harder I’d start drawing blood, and the itching never lets up.

Scratching doesn’t make it less itchy. In fact, without it eventually it would die down – eventually.

Scratching hives are a lot like trying to remedy other needs. Name them, and we have lots if needs, or wants. Some of those, like hunger or shelter, need attention. Yet, if we apply unreasonable effort there it would defeat its purpose.

Seeking happiness is also like scratching hives. When we think we just about have it, that happiness isn’t there any more, like chasing a rainbow’s bar of gold.

Only by chasing God can produce the happiness we want, and that is exactly what He wants for us. Quit “scratching at the hives.” Obey God and he will deliver your happiness.

We have one divine spirit, the Spirit of God’s exclusive love(agapaō). All other types of “love” can be captured by our mortal enemy.

For the whole Law is fulfilled in one word, in the statement, “YOU SHALL LOVE(agapaō) YOUR NEIGHBOR AS YOURSELF.” (Galatians 5:14)

That’s it! It’s the key to God’s plan, for here and for eternity.

If you want your life filled with God, you need to bear God’s Spiritual Fruit. If you don’t want God in your life, take your chances with cruel fate.

But if you are led by the Spirit, you are not under the Law. (Galatians 5:18)

God’s domain rises infinitely higher than any given law. If you want wordly law, enjoy its bad fruit.

The Fruit of God’s Spirit is just one fruit.

But the fruit of the Spirit is love, joy, peace, patience, kindness, goodness, faithfulness, gentleness, self-control; against such things there is no law. (Galatians 5:22-23)

It’s singular, ie the fruit. It’s not one kind of fruit called love, another called peace, a third called patience, etc. Singular fruit may have many characters, like sweetness, tartness, tenderness, scrumptiousness(getting a bit carried away). Also like fruit, it might be dry, grainy, tough, or other unflavorful characteristics.

This essay would become impossibly long if I covered the whole list. Instead, I will try to do a good attempt at each time I deal with it.

Have you ever heard the sound of constant grumbling? The guys in the picture sound a lot like that. Sometimes it becomes the sound of white background noise, indistinguishable from the infrequent speaking with real meaning.

I’ve heard that sort of meaningless noise where I worked in manufacturing plants. If you’re in that kind of place, use extreme caution because it might become your own noise.

Here’s an example: Moses said, “This will happen when the Lord gives you meat to eat in the evening, and bread to the full in the morning; for the Lord hears your grumblings which you grumble against Him. And what are we? Your grumblings are not against us but against the Lord.” (Exodus 16:8)

And what’s this about, “holy to dogs” and “throw your pearls before swine?” Know well that criticizing others will “tear you to pieces.” Everyone who hears your arguments are fully able to function as your critics. Do not lecture anyone! “But let your statement be, ‘Yes, yes’ or ‘No, no;’ anything beyond these is of evil.” (Matthew 5:37) And not to worry, this last bit is out of this context but very applicable as well.

To be a good witness, do your best to quit the grumbling. Otherwise, God will be very ticked.

I enjoyed a decent movie on YouTube called The Day Of The Triffids. The last line jerked me back into present-time with this phrase: “We had our eyes closed, even when we could see.”

Jesus healed many people, but his qualifier was that those who needed healing must confess their need for it. Even the blind had to confess it. No one ever received healing without first confessing their need.

How many ways can I say it? Many “Positive Confessing” believers refuse their need to do just that. We have so many ways to have blindness or crippling, regardless how we color those needs. Jesus said, “Therefore everyone who confesses Me before men, I will also confess him before My Father who is in heaven.” (Mat 10:32) This passage doesn’t qualify any type of need, so I take it with a broad stroke.

Confess your faults before God, and He who knows all will heal them.